You Are Here: Women in Technology Scholarship Award for Cluster Scientist Trinh 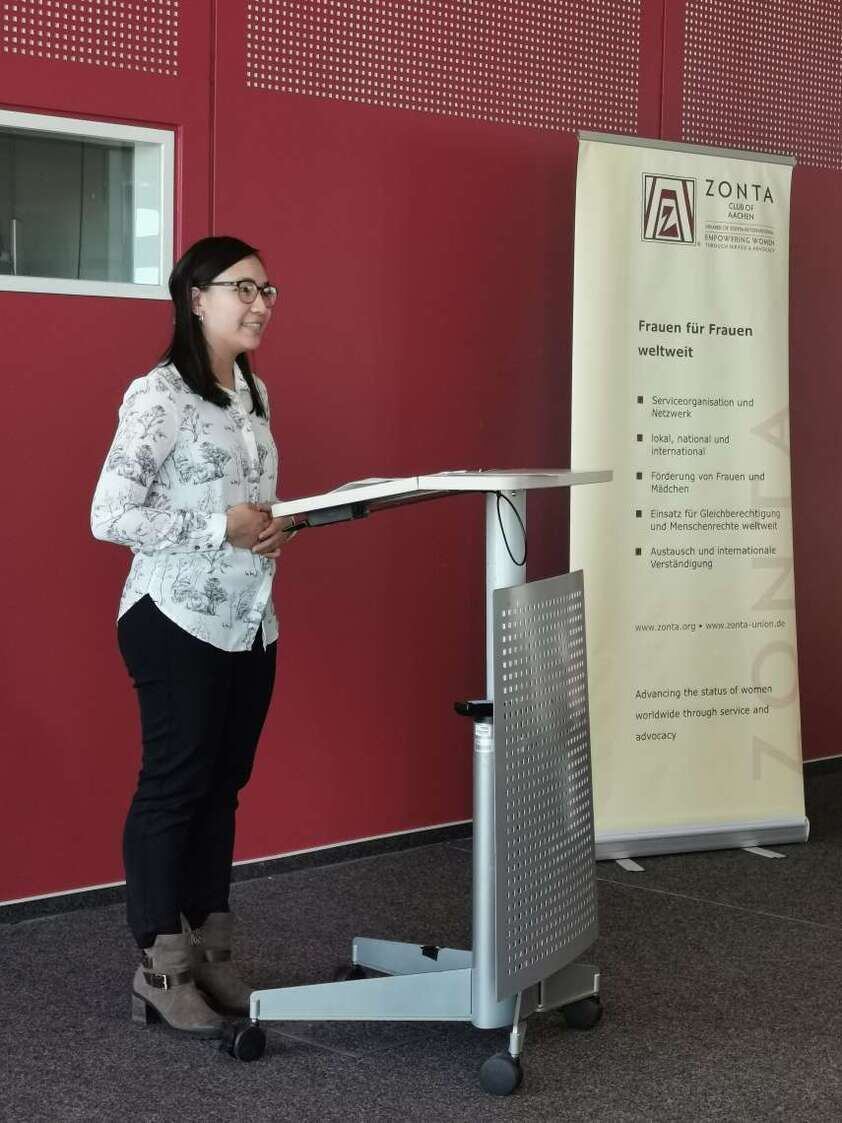 On October 21, 2022, Minh Trinh, an engineer from Aachen, Germany, was one of twenty recipients worldwide of Zonta International's "Women in Technology Scholarship 2021" award. Minh Trinh is a scientist at the Cluster of Excellence Internet of Production in the field of robotics within the research area of the iop-infrastructure and works on topics related to artificial intelligence, cooperating robots, so-called CoBots, and is currently pursuing her doctorate at the Machine Tool Laboratory (WZL) of RWTH Aachen University. The award is given to female prizewinners who have not only demonstrated outstanding academic achievements, but above all initiative, ambition and commitment to a career in information technology.

Only since 2019, Zonta International (ZI), the worldwide association of professional women in positions of responsibility, has been presenting the $8000 award for female doctoral students in the fields of computer science, human-machine interaction, information technology, software development or similar fields of study. At a ceremony in Aachen, Ms. Trinh received congratulations from Zonta Aachen and Zonta International, represented by President Margret Lauscher and Award Committee Chair Jeanne de Loos, the City of Aachen, represented by Mayor Hilde Scheidt, and RWTH, represented by Equal Opportunity Officer Dr. phil. Ulrike Brands-Proharam Gonzalez. 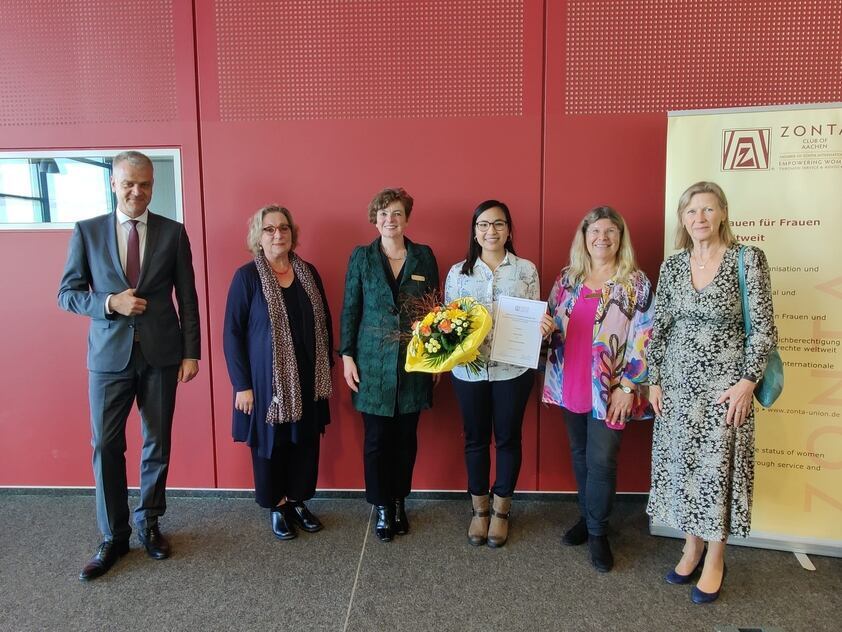 In his laudation, WZL Chair and Cluster Spokesperson Professor Christian Brecher praised Trinh's "technical expertise in particular, but also her great talent for bringing people together". She also brings these qualities to her research work in the "Internet of Production" cluster of excellence, Brecher said. "There, she is known for taking initiative for new interdisciplinary projects and quickly familiarizing herself with new topics. She is very passionate about her work and always looks forward to presenting it and sharing her results with others in the cluster. Recently, she received the 2nd prize of theYoung Researcher Award for this, which is awarded by the international scientific advisory board of the cluster for special interdisciplinary achievements within the cluster of excellence." Her work is characterized by technical depth with simultaneous vision for connecting points to others, summarizes Brecher.

Minh Trinh's research focuses on improving the applicability of artificial intelligence (AI) to industrial robotics through the integration of system knowledge into neural networks, as well as through methods known as "explainable artificial intelligence." Her motivation, she said, is to alleviate companies' reluctance to embrace AI-based solutions and thus bridge the gap between research and industry. Trinh's master's thesis has already won the Hanns Voith Foundation Award, which recognizes outstanding and innovative work in engineering, natural sciences and economics.

She is currently pursuing her doctorate at the chair of Professor Brecher in the field of production engineering/robotics at RWTH Aachen University. She is also pursuing a Bachelor's degree in Computer Science at the Fernuni Hagen while working. 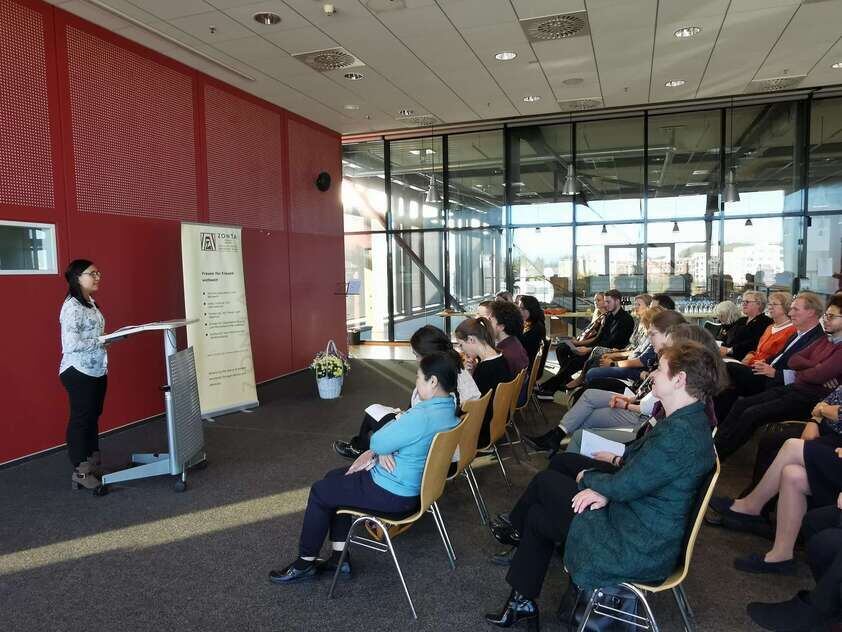 Role model and ambassador for young women: Award for outstanding academic performance, but also initiative, ambition and commitment to also inspire others to pursue a career in information technology.

Also worthy of an award is her social commitment outside of her professional environment. Trinh is involved in educating children about technology and science through the organization Engineers Without Borders. She particularly wants to reach children from low-income households. She is also a member of Femtec.Alumnae e.V. (FTA), a network for highly qualified women in STEM fields. As part of FTA, she encourages girls to enter the field of engineering through hands-on workshops. She is also one of seven fellows of the Rheinisch Leadership College, which prepares young academics for leadership roles in business, politics and society based on humanistic values. While still a student, she worked for the Bahnhofsmission, a nonprofit organization that helps people around the train station, such as travelers, addicts and the homeless.