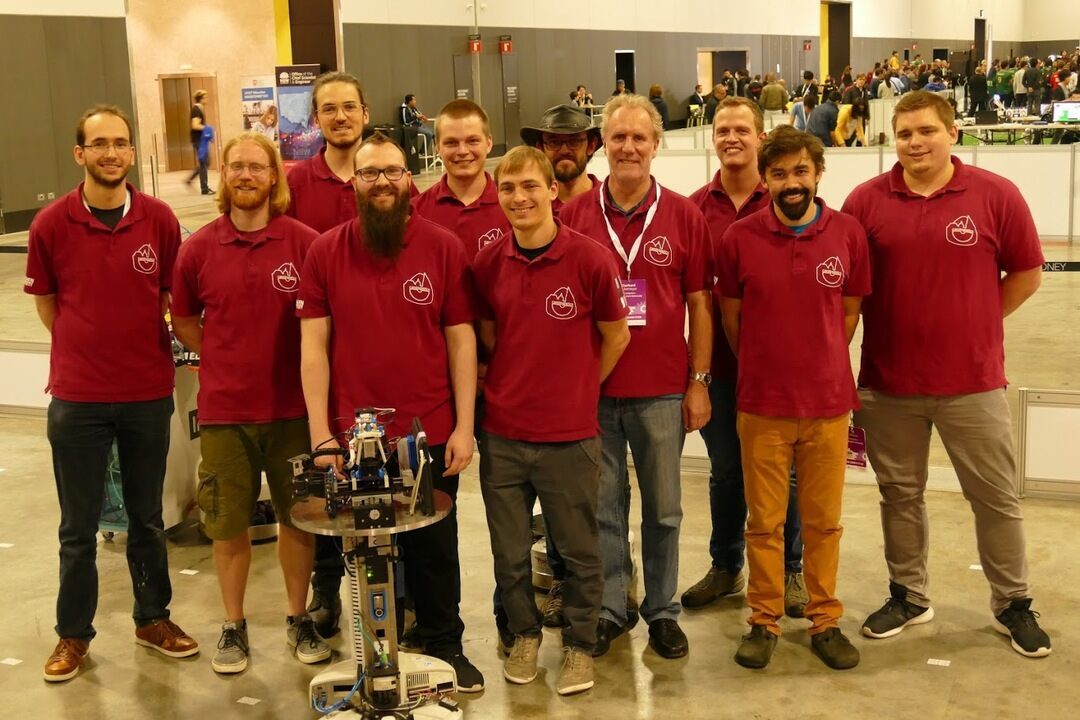 The Carologistics, a cooperation of RWTH Aachen and FH Aachen, won the RoboCup Logistics League World Cup once more at the beginning of July. During the final match, the team was able to establish itself against the defending champions GRIPS of TU Graz with 192:109 points, subsequently winning its 5th world cup. This year's world cup took place from July 02-08 in Sydney.