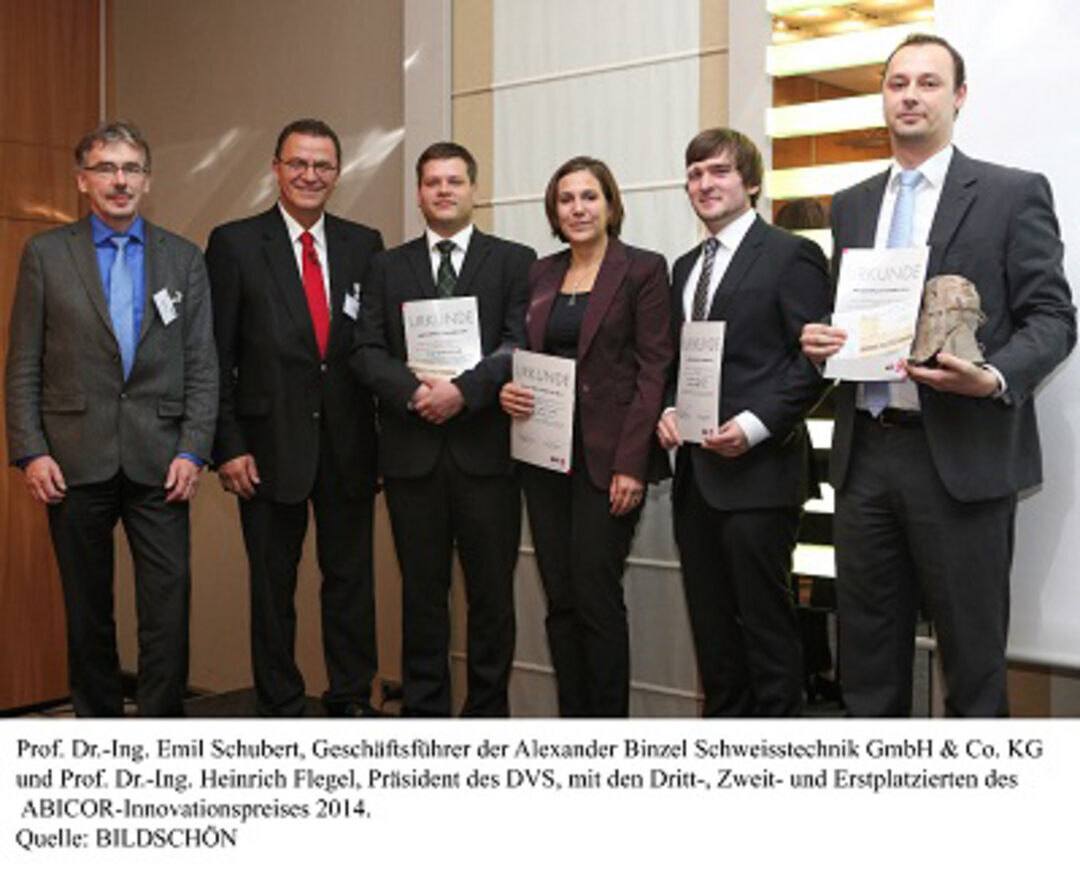 The Cluster of Excellence congratulates its researcher Dipl.-Inform. Marion Purrio of the Welding and Joining Institute ISF of RWTH Aachen for the second place at the ABICOR Innovation Award 2014. The prize for her work on “Optical sensor system for online weld pool monitoring during automated MIG/MAG welding” was awarded to her and her colleague Dipl.-Ing. Philipp Lozano at the annual meeting of the DVS – German Welding Society.

The award was founded in 1995 by the Alexander Binzel GmbH & Co. KG. on the occasion of its 50th anniversary and serves to support the sustained promotion of research and development work in the field of arc welding and cutting, especially of the up-and-coming generation in science and economy.