“What do I want to be? Do I want to study later? What kinds of career, apprenticeships, and study subjects are there? What can I do with it later? ” – under these slogans the First-Year Student Information Day took place on Thursday, 1 October 2015 from 9am till 3pm for scholars from age 14 to 16 (Class 8 to 10). For the first time this year not only the question about the choice of academic study was a point. Also a general investigation of different very interesting occupational areas was a main issue. Also the Cluster of Excellence Integrative Production Technology for High-Wage Countries was participating to show the different possibilities of the occupational areas in production technologies. 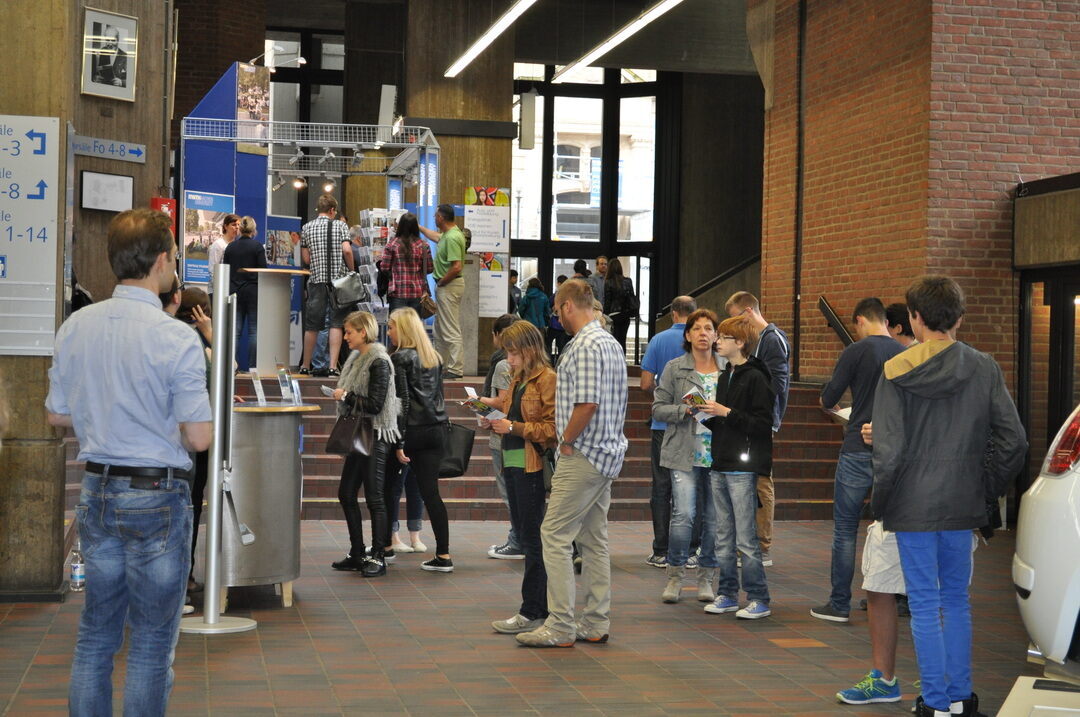 The First-Year Student Information Day shall show scholars to find their “own path” and to plan it. With a lot of activities on location the young people could practically look into the occupational areas and so our Cluster of Excellence gave a huge number of  middle school children answers to their questions about production technology.

On Friday, November 12, 2015, the Cluster of Excellence presented itself on the RWTH Excellence Initiative on the annual RWTH- Science Night  “5 vor 12”. To present science in an unusual form and to a unusual time is the idea behind this event which gives a good addition for further orientation.