You Are Here: Research Summit 2016: Professor Malte Brettel Member of the "Inner Circle" 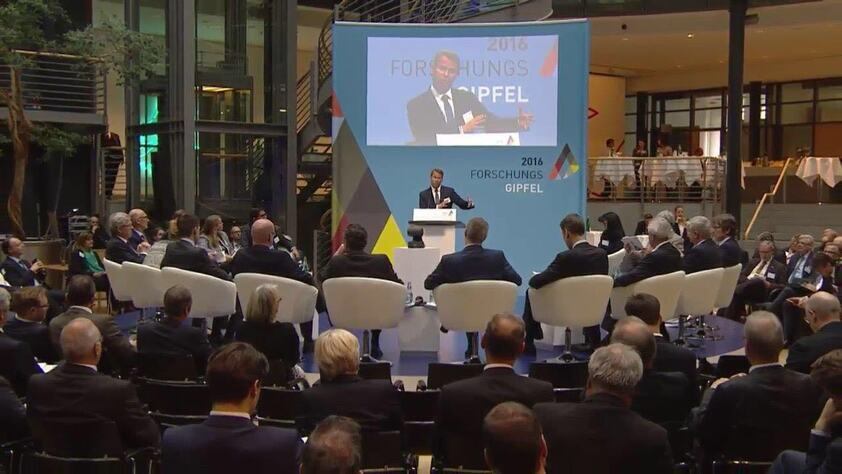 Professor Malte Brettel, Vice-Rector for Economics and Industry and holder of the Chair of Innovation and Entrepreneurship (WIN) was invited to take part in the Research Summit 2016 in Berlin as a member of the “Inner Circle” (circle of key figures giving input).

The summit, taking place at Berliner Allianz Forum on April 12, 2016, was opened by chancellor Angela Merkel and focused on the topic of digitalization and its consequences for the research location Germany. Professor Brettel and Timotheus Höttges, CEO of the Deutsche Telekom AG, gave keynote speeches complemented by a subsequent discussion thematizing the subject of Industry 4.0. The effects of digitalization on universities and entrepreneurs were especially highlighted in Professor Brettel’s keynote speech, being portrayed as a challenge which can only be mastered by designing new well-adjusted business models and the establishment of an individual unique domain. Afterwards, critical dialogue between representatives with a background in politics, society, science and economy was initiated in order to review the thematic complex “cooperation” and to encourage an exchange of ideas between the participants.
The annual Research Summit, held for the first time in 2015, brings important figures of the economy, sciences, politics and society together in order to cooperatively work on the enhancement of the German innovation system.