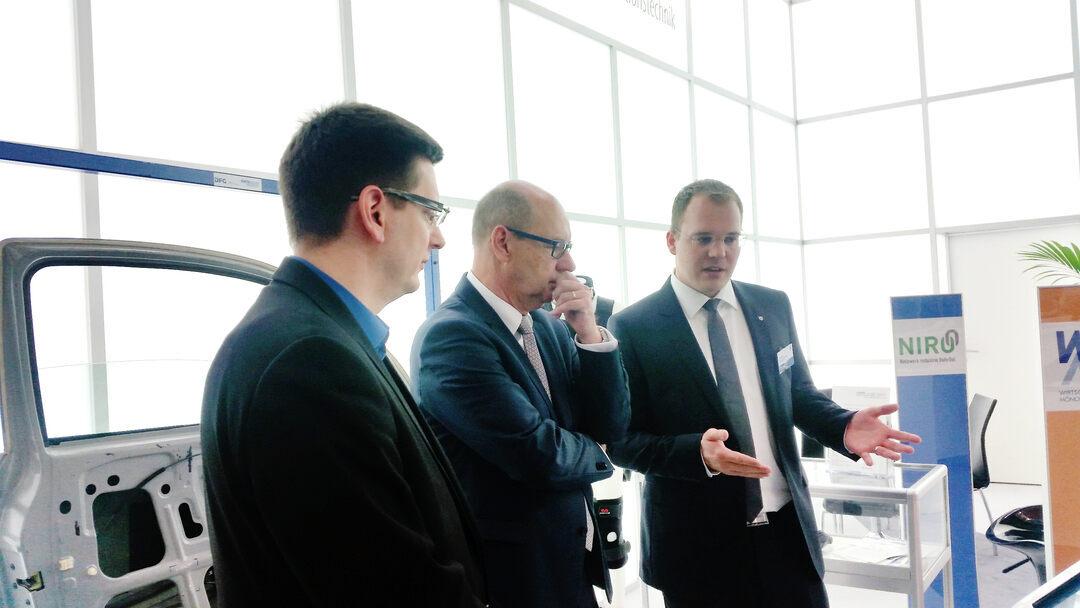 The Cluster was also present at the trade fair, presenting its research within the framework of PROTECA at the joint stand of North Rhine-Westphalia (Hall 16). As a member of the State cluster North Rhine-Westphalia, the CoE had the oppurtunity of offering an exiting insight into current research areas to the numerous visitors on-site in Hannover. The scientists Dr. Alexander Mertens, Tobias Hellig and Ronald Meyer of the IAW were not only able to inform the audience about current topics, but also allowed the visitors to test the system in detail. 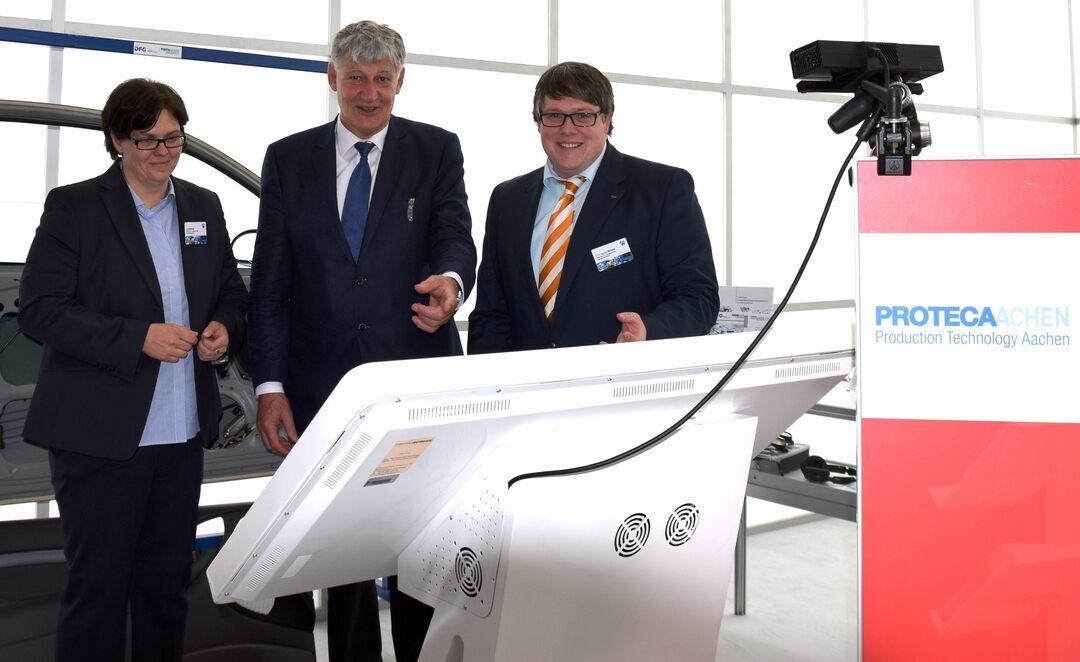 The “digital posture analysis”, developed at the institute, visualizes an innovative approach towards digitization of ergonomical improvements of work systems, for example tailored to assembly workplaces. A Kinekt-System scans and records a human worker over the course of the assembly process with the help of sensor technology and without using any markers. Subsequently, the system analyzes his or her body and posture during the individual work steps. Conventionally, this recording of work-related physical activity and its analysis require high temporal resources. The system provides immediate optimization recommendations in order to avoid an unfavorable posture, which is one of the main risks of damaging the musculoskeletal system. The Aachen based scientists displayed an interesting research case, the montage steps on a conventional car door, a practical example that was transferred to the industry as a functional application. 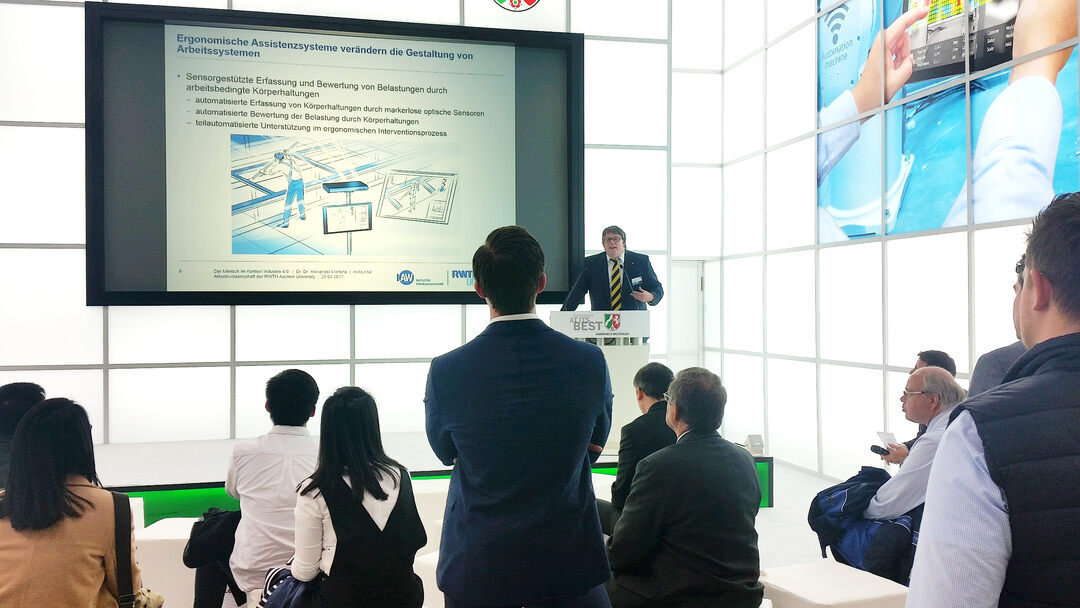 Dr. Mertens and the new director of the Cluster of Excellence, Dr. Matthias Brockmann, contributed to the program on the state cluster’s event stage by holding expert lectures on research topics from the field of Industrie 4.0.