You Are Here: PROTECA present at 2nd Entrepreneur Day in Aachen 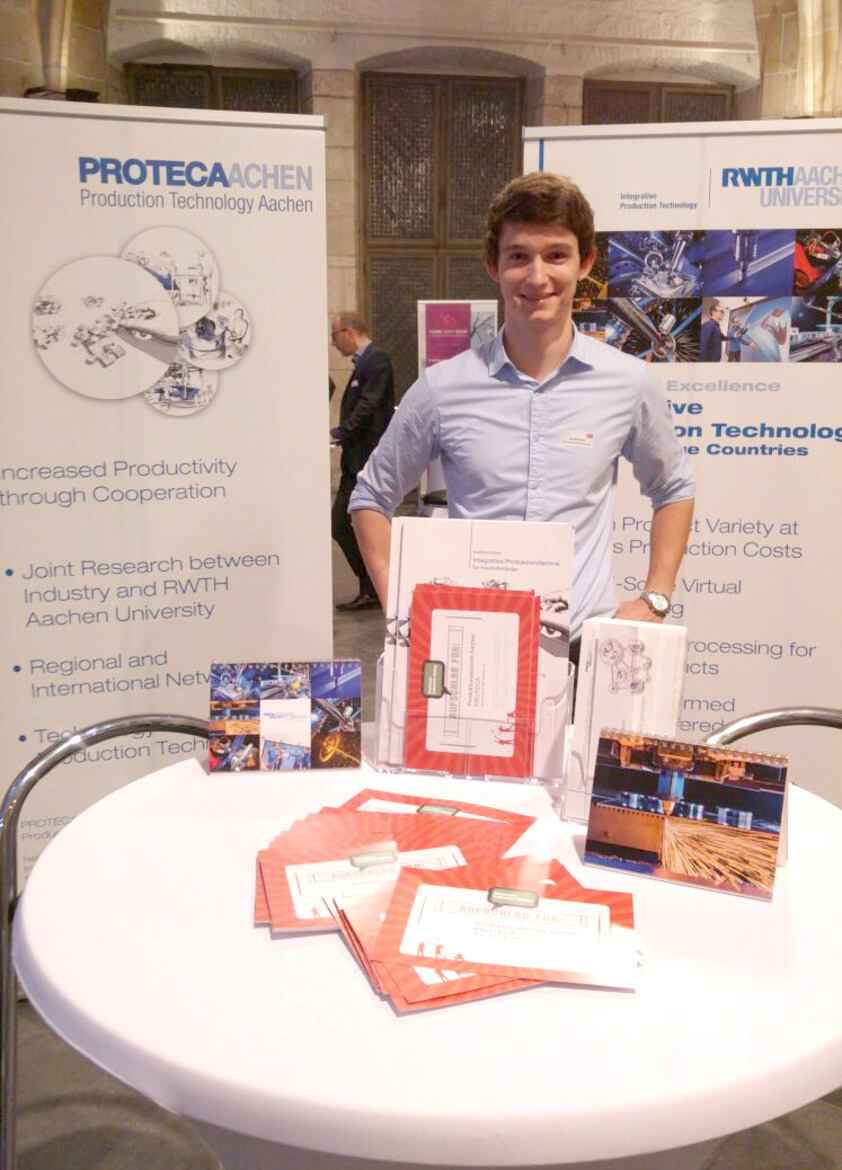 Following last year’s successful premiere, the Cluster presented itself at the 2nd Entrepreneur Day in Aachen’s coronation hall on December 12, 2016 within the framework of its network PROTECA.The Entrepreneur Day is hosted by the organization Aachen Industrie-Dialog. The day started with the show-boxing event “Schlag auf Schlag” and continued in a sportive fashion, welcoming the Aachen based female volleyball team “Ladies in Black”. About 70 companies from industry and manufacturing backgrounds in the region Aachen followed the invitation into the coronation hall as exhibitors in order to meet each other, socialize and to establish new cooperations. The Entrepreneur Day has established itself as an important figure to be noted in the appointment book, repeating last year’s initial success. The goal is to gain attention for Aachen as a research and industry site, strengthen the bonds amongst the region’s entrepreneurs and make use of the synergies.