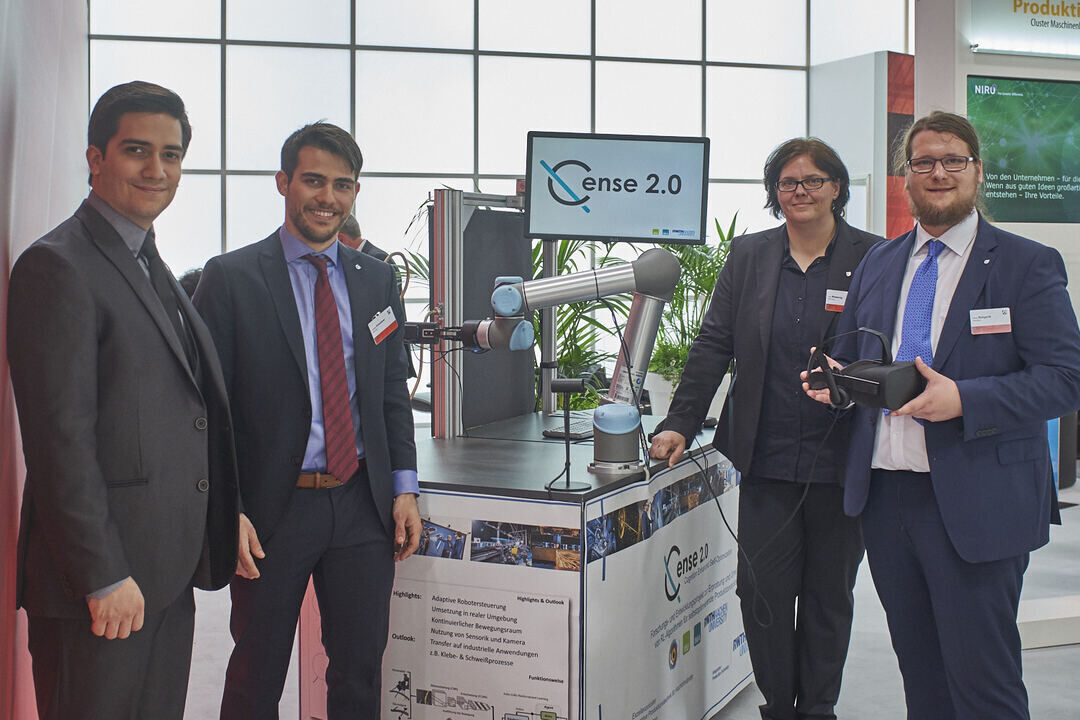 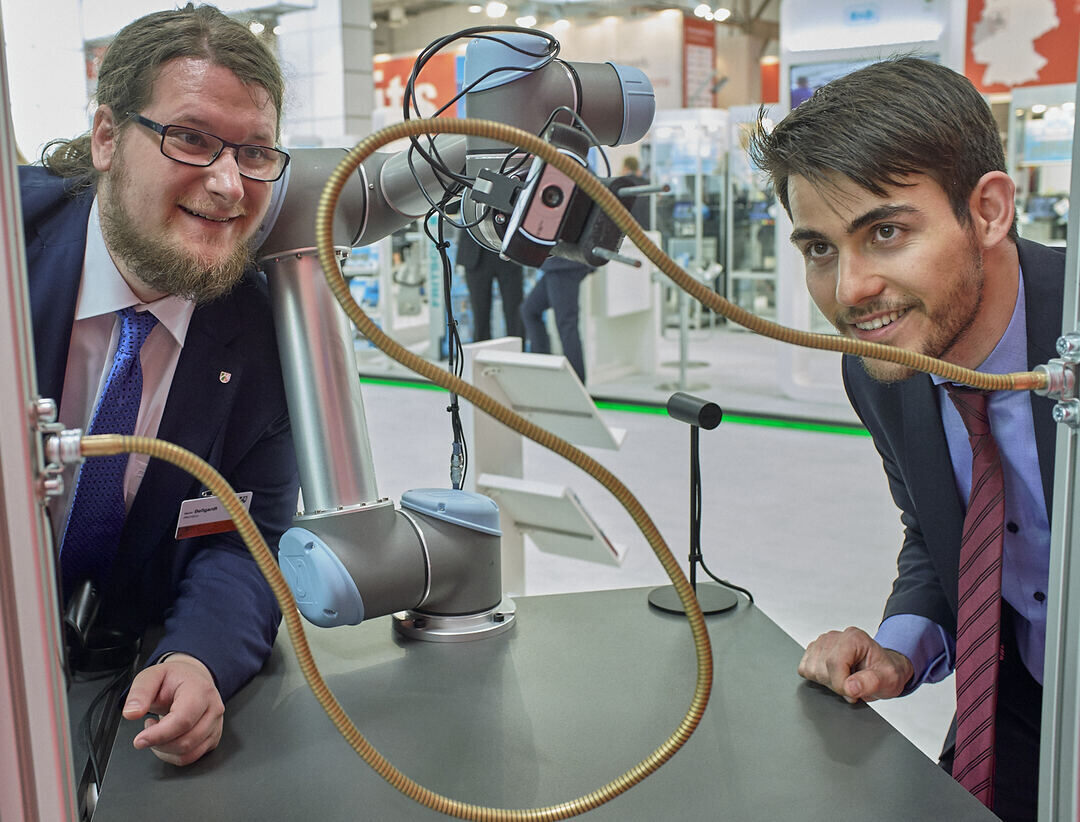 To achieve this the Cluster researchers of the Cybernetics Lab IMA/ZLW & IfU developed the “CENSE 2.0-Demonstrator” which is able to play the skill game “Hot Wire” by itself and demonstrates the agility and flexibility of path planning processes for stationary industry robots in consideration of external circumstances. The intelligent agent in the Cense-demonstrator is implemented by means of neural networks.  Additionally, virtual reality glasses (VR) are used to depict these networks through 3D visualizations cast into the virtual room. The additional VR experience allows the visitors to understand the operating modes of artificial intelligences better.