You Are Here: Cluster Laser Research at SPIE Photonics West in San Francisco

Christian Heinigk from the Instruction and Research Department for Nonlinear Dynamics of Laser Manufacturing Processes (NLD) attended the SPIE Photonics West conference earlier this year, where he represented cluster workstream C.II "Enablers and Tools" with his research on ultrashort pulse lasers. His presentation was titled "A multi-scale model for ultra-short pulsed parallel laser structuring: Part II. the macro-scale model." SPIE, International Society for Optics and Photonics, gathered researchers in the field in San Francisco, California, from January 22-27, 2022. Founded back in 1955, the society aims to advance light-based technologies and organizes 25 technical forums annually to facilitate scientific exchange. 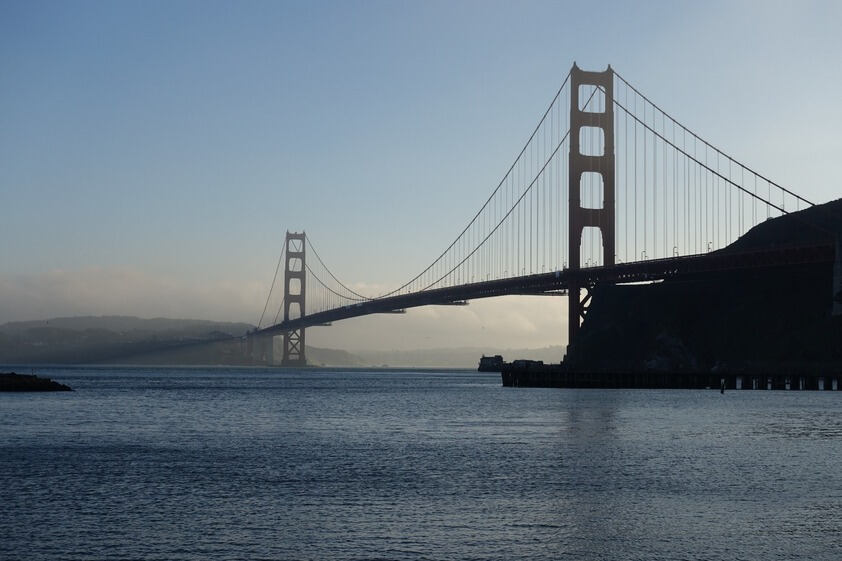 What impressions did you personally take away from the conference?

The biggest impression was probably that lasers are truly omnipresent. There is no material that can't be processed with a laser and thus the application areas are limitless. The conference and also the trade show that was held at the same time reflected that. Since I work at an institute for modeling and simulation, there was of course a lot that was new. Unfortunately, modeling/simulation was not very strongly represented at the conference or the trade fair.

How can you briefly break down your presentation topic and what is its relevance for the scientific community?

The application topic is the patterning of metal foils with an ultra-short pulsed (UKP) laser. Now, if you "drill" quite a few holes into a thin metal foil with a laser, the foil may deform due to the large thermal gradients generated during the process. A simulation was developed to predict this deformation and the temperature field. I presented the underlying mathematical model and simulation in the talk. The topic is relevant in display manufacturing, but I can also imagine that the production of certain filters can benefit from it. Possibly in the medical field as well. From a modeling/simulation point of view, the talk roughly shows how a multi-scale model (specifically using the two-scale method) can be applied to laser patterning.

How is your research topic embedded in the IoP complex?

I am employed in CRD C.II, which among other things is concerned with developing tools that, for example, allow the fastest possible further development loop in the event of an engineering change request. In our opinion, this requires fast simulations that support process development. Using the example of structuring with UKP lasers, our simulation allows different process parameters to be tried out in a very short time. It takes about 10 minutes to calibrate a new material and then less than 1 second to simulate a process parameter combination. An experimental approach is much slower in that respect and takes about a day.

How did you experience your (short) stay abroad in general, also away from the conference?

The journey went without major delays and the accommodation was also totally fine. Of course, the conference and trade show lived from the interaction with the other participants and exhibitors. In general, the people in California seemed more relaxed, friendly and talkative than in Aachen. So it was much easier to get in touch with others, which was very pleasant. San Francisco has a lot to offer and so sightseeing was not neglected. Fortunately, the weather cooperated and we were able to enjoy everything under blue skies.

Has the conference business changed as a result of Corona and are there things you missed in the virtual conferences of the last two years that are now possible again?

In my opinion, the Corona measures taken by the organizers were appropriate and were also respected by all participants. By now, people have also become accustomed to AHA rules and wearing masks. Accordingly, I would say that it hardly made a difference. However, I unfortunately did not experience a true "pre-Corona" conference and some commented that there were significantly fewer participants/exhibitors on site than before. The biggest advantage I see over virtual conferences is the discussion and interaction. In the virtual space, no one has yet come up to me afterwards and sought the 1-to-1 conversation. This is also because it is usually not provided for technically/is not so easy.