You Are Here: Best Paper Award @IEEE HSI 2022 for Interdisciplinary Work From the Cluster of Excellence – Internet of Production 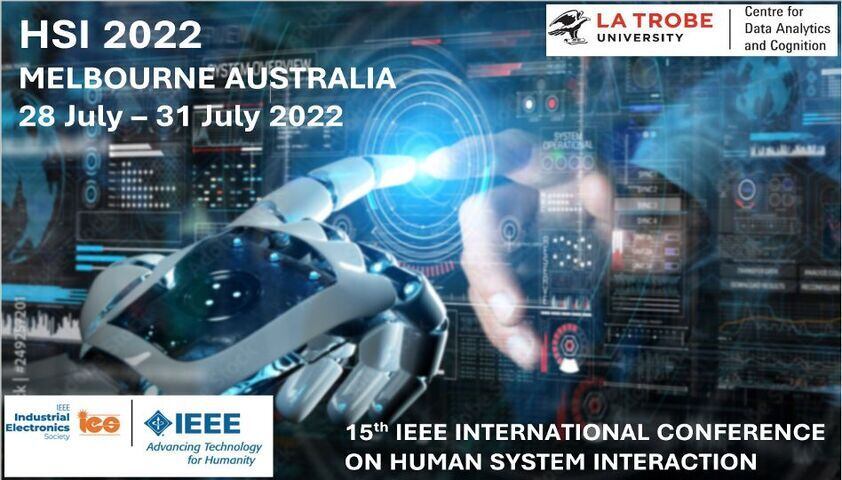 The interdisciplinary article from the Cluster of Excellence – Internet of Production, coordinated by the Institute of Industrial Engineering and Ergonomics IAW, received a Best Paper Award at this year's IEEE International Conference on Human System Interaction, which was hosted by the Centre For Data Analytics and Cognition at La Trobe University in Melbourne. 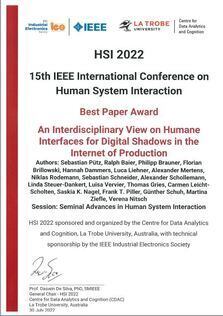 The paper "An Interdisciplinary View on Humane Interfaces for Digital Shadows in the Internet of Production", which was written in collaboration with colleagues from the Institut für Textiltechnik, the Laboratory for Machine Tools and Production Engineering – Chair of Production Engineering, the Human-Computer Interaction Center, the Human Technology Center, the Research Group Gender and Diversity in Engineering and the Institute for Technology and Innovation Management, highlights the broad spectrum of requirements for the humane design of interfaces between humans and digital shadows in production.

The paper addresses the interfaces between humans and Digital Shadows in the "Production of the future" shaped by IoP. It leverages existing use cases, such as human-robot collaboration or decision support systems, and identifies requirements for interface design, combining different human-centric perspectives: ergonomic, ethical and organizational. The current publication is already the third joint publication of the research team in the workstream D.I, which deals with the internal perspective and in which human actors are integrated into technical systems. In this context, 'utilization' refers to capturing the value of human and machine capabilities as essential components of socio-technical production systems.

Cluster Researcher Sebastian Pütz from the IAW described his impressions of the HSI conference: 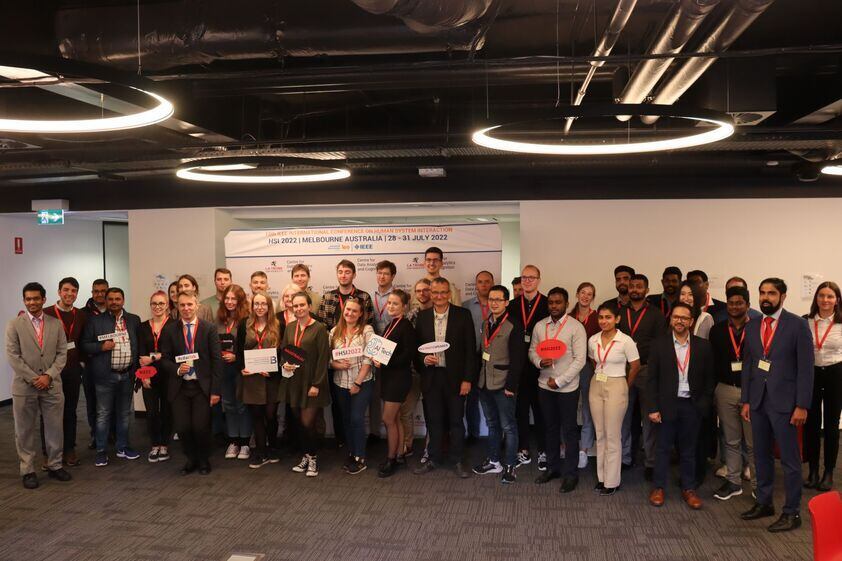 "For me, the HSI was the first international conference I attended in presence. It is already something quite different from the online conferences I have attended so far. It is much easier to get into conversation with other scientists, both in the context of discussions on individual presentations and in one-on-one conversations between sessions. Because HSI is not a huge conference, it was easier to get an overview of the other participants and to identify possible contacts for an interaction. HSI covers a very broad spectrum of issues in the field of human-technology interaction. As a result, one is also more often confronted with presentations that are not directly related to one's own research, but that can also mean interesting insights into other areas."

How could one summarize the central idea of the paper?

"People will continue to play an important role in manufacturing in the future. However, their roles will change. To ensure that the changes that occur are used to implement the opportunities that arise for more human-centered work design and to avoid hazards to work quality and job safety, the changes must be analyzed from a human-centered perspective. Demonstrating and exemplifying this was the goal of our paper."

Besides the conference in Melbourne, did you also have the opportunity to get to know Australia?

"Yes, I used the time before the conference to spend a little time in southeastern Australia. I visited Sydney and Canberra as well as some of the surrounding national parks (e.g. Blue Mountains, Grampians, Wilsons Promontory) and the Great Ocean Road. Australia is really a very impressive country and that even in the Australian winter."