You Are Here: IEEE International Conference on Robotic Computing 2022 in Naples

Cluster researcher Minh Trinh, scientific and doctoral researcher at the Laboratory for Machine Tools and Production Engineering (WZL) presented her works on industrial robotics and artificial intelligence at the IEEE International Conference on Robotic Computing (IRC) in December 2022 in Naples, Italy. The Institute of Electrical and Electronics Engineers (IEEE) is the largest technical professional organization in the world. The IRC is sponsored by the IEEE and addresses the interaction of computing and robotic technologies. The conference was held on the beautiful bay of Naples. 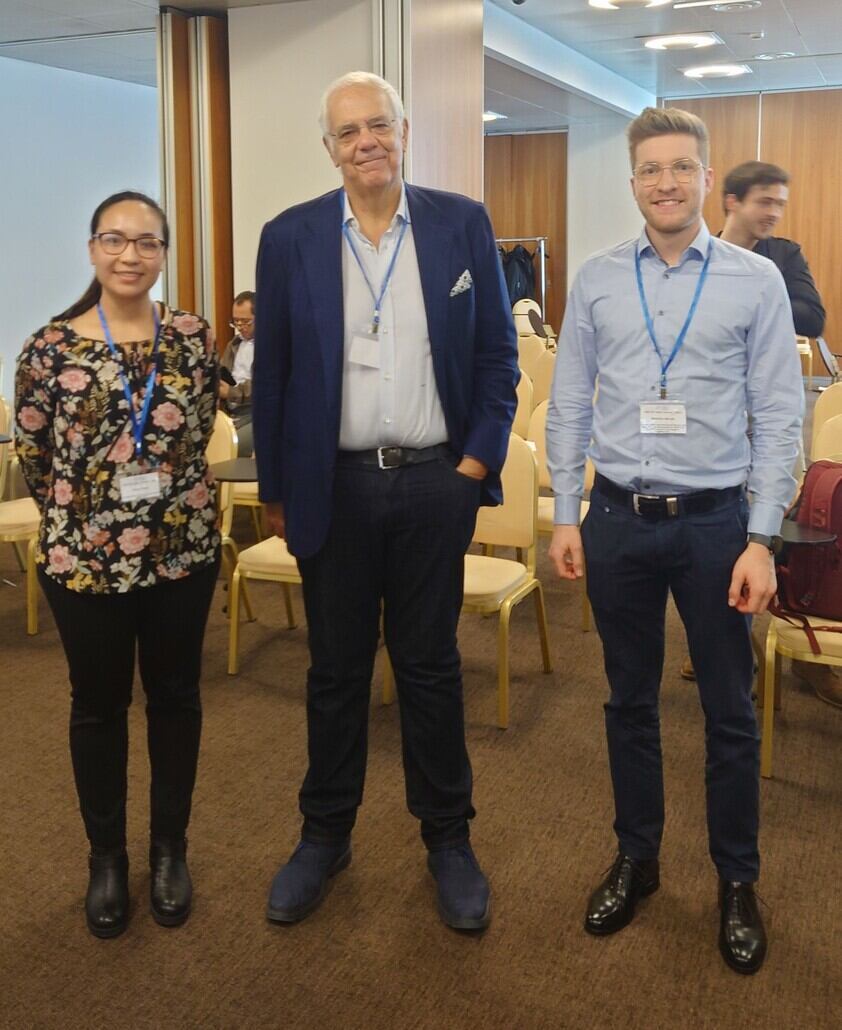 Trinh presented her paper “Dynamics Modeling of Industrial Robots Using Transformer Networks”, which was written with Mohamed Behery from the Knowledge-Based Systems Group (KBSG). The paper is a result of a joint work that Trinh and Behery conducted within the Cluster of Excellence Internet of Production (IoP) in Workstream A.III., which deals with the functional perspective of the IoP. In addition, Ms. Trinh presented her PhD workshop paper “Neural Network Control of Industrial Robots Using ROS”. Her colleague Manuel Belke (WZL), who presented “Object pose estimation in industrial environments using a synthetic data generation pipeline”, won the third price of the PhD workshop. Minh Trinh was also held the chair of the session “Modeling and Simulation”, where six papers were presented.

As a great honor, Professor Dr. Bruno Siciliano, Professor of Control and Robotics, and Director of the PRISMA Lab in the Department of Computer and Systems Engineering at University of Naples Federico II., and former President of IEEE Robotics & Automation Society, held a keynote at the conference, where he shared his passion for robotics and his home city of Naples. His book “Robotics” is among the most adopted texts in universities around the world. Trinh and Belke had the great pleasure to visit his research group at the PRISMA Lab.